When my grandmother was diagnosed with her third kind of cancer in about 20 years, I had the epiphany that cancer comes from anger turned inward. Today I might say it’s anger that’s been buried or not dealt with. Because of her background, I knew she had lots of reasons to be angry. I loved her tremendously and wish she could have dealt with those emotions in a more constructive way, a way that wouldn’t have reduced the quality of her life. 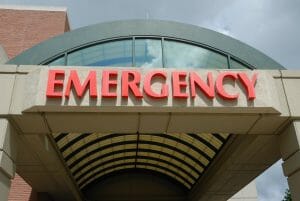 She would have been happier if she had lived life on her terms more than she did. Her fear of “what if” diminished her life to an extent. She lived a wonderful and fascinating life, but a constrained life. Once she got her first cancer, I believe she pulled back from the adventures she’d enjoyed. She won that battle, but ultimately lost the war.

I knew that conclusion of mine was unfounded, non-scientific. But, it was a conclusion that came from my core. I’ve tried to live my life as if it was a known and accepted fact.

And, it turns out maybe it is. From several sources, ranging from Functional Medicine doctors to psychologists to infectious disease doctors, I’ve heard that fear makes you sick because it causes stress, which inhibits your immune system. The illnesses that have been connected to fear include heart attacks, cancer, diabetes, autoimmune disease, inflammatory disorders, short-term memory loss, and digestive orders. Connecting that to my grandmother’s situation, I have to wonder: was it actually fear that my grandmother buried or struggled with?

Your reptilian brain is also known as the brain stem. It can’t tell the difference between true physical danger and stress from life. So, when it detects fear, it triggers a cascade of reactions increasing various hormones associated with running for your life — hormones that are meant for short-term use.

If you are under constant stress and your body isn’t repairing itself, you are on a path to illness and metabolic breakdown. The bigger the stress, say from fear, and the longer you hold that stress, the more susceptible your body is to disease. And the less that disease has a chance of being dealt with by the body’s natural defense systems.

Ok, you now understand why fear makes you sick. What do you do to overcome your fear? Start with your mind work. Relaxing, because it balances the stress response and reaction. How? Thinking positive thoughts like love, intimacy, connection, pleasure, and hope is important. That dissipates the fear emotion, and stress quits being triggered. Laughing induces relaxation. Telling yourself that today is going to be a great day as you get out of bed gets your brain to turn its attention to good thoughts. Make coaching part of your regime.

Then bring in your bodywork. There are some habits you can establish or boost that will reduce your fear and the associated stress. Exercise regularly. Maintain a healthy, balanced diet. Limit alcohol, caffeine, and sugar. Keep up with your friends and maintain your social network. Meditate. Consider using aromatherapy. Practice deep breathing exercises you can use when you feel anxiety building.

Humans typically need 7-8 hours/night (including you), not just for rest and recharge in general, but also for your bodily systems to repair damage and your brain to get washed of the “debris” from its daily efforts. Yet few get that much, and the unrepaired damage accumulates. If your fear is extreme, talk to your doctor.

How you choose to handle your fear impacts whether you get sick or not. Follow the steps suggested above. Don’t let fear make you sick.

Here’s my follow-up video on the topic:

2 thoughts on “Fear Is Sickening”