You don’t hear much about my earlier Bed & Breakfast coaching/consulting days. Maybe you should hear about those more often because there are so many gems from there that apply to everyone. 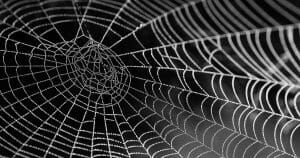 One memory that came to me as I was preparing a talk and expanding on the section about expectations, was about the innkeepers of a high-end inn who I had the honor of coaching. Their story almost ended before it began because of their expectations about their business.

I met them just before they bought the property where they were going to establish their B&B.

These guys had their eye on a property that would let them have four luxurious guestrooms. They were going to recreate their four favorite rooms from luxurious hotels they’d stayed in around the world. Being well-traveled businessmen, they had the opportunity to sleep in the best hotels, eat gourmet food, and experience the finest hospitality. They were going to share those experiences with their guests in their new setting.

They expected their guests would not only be grateful to experience the world-class hospitality right here in the US but also that they’d have no problem paying for it. Their expected demographic was gay couples, who they figured would really like the upscale experience, but the first six months of operation weren’t what they had expected. The guests who came enjoyed their experiences and felt the rates were reasonable. There just weren’t enough guests.

As they pondered how to attract more guests, they participated in the national Christmas B&B Open House tour. The local “country-club and horsey set” attended and were smitten. They exclaimed this inn was the very type of place they wanted to have for their stay-cations and to send their upscale visiting friends and family.

When the innkeepers hired me the next summer to help them grow their business, the Christmas tour story came up, almost in passing. I’d been telling them to open their doors to more than the gay community. I now had confirmation that they had created an exquisite property that anyone would enjoy. The innkeepers continued to resist the message they were getting. They kept insisting the gay community would support them — they expected to be discovered any minute.

But it wasn’t happening.

As I helped them dig through what was wrong, I realized that it was their expectations that were getting in their way. For instance, they “expected” straight couples wouldn’t be attracted to the inn because they wouldn’t want to interact with gay couples. Their scenario was, “the straight community wouldn’t want to watch two guys making out in the living room” and were subconsciously pushing away everyone else to keep those potential guests from that “expected” discomfort.

Newsflash! Nobody wants to watch any couple make out in the living room — that’s what the guestrooms are for. And as they thought about it, the gay couples that did stay with them didn’t make out in the living room anyway. They were pushing away potential guests to guard them from an “expected” problem that didn’t exist. As I coached them to this realization, it was great to watch them light up as they figured out what they were doing to limit their business: their expectations got in the way of their success.

Dropping their expectations about who would appreciate their inn gave them a fresh perspective on what they’d created. Opening their marketing to a broader traveling segment brought in the numbers of guests they needed to support their inn. Their market was a lot bigger than what they … expected!